I’ve just returned from my Quilt ‘N Cruise teaching excursion to Alaska and it was a fantastic trip. One of the many amazing sights was the Duck Neck Quilt displayed in the Skagway Historical Museum. This quilt, protected in a glass case (hence the reflections in the photos, which don’t do it justice), really is made from the duck neck skins of Mallard, Goldeneye, Teal, Canvasback and Pintail! 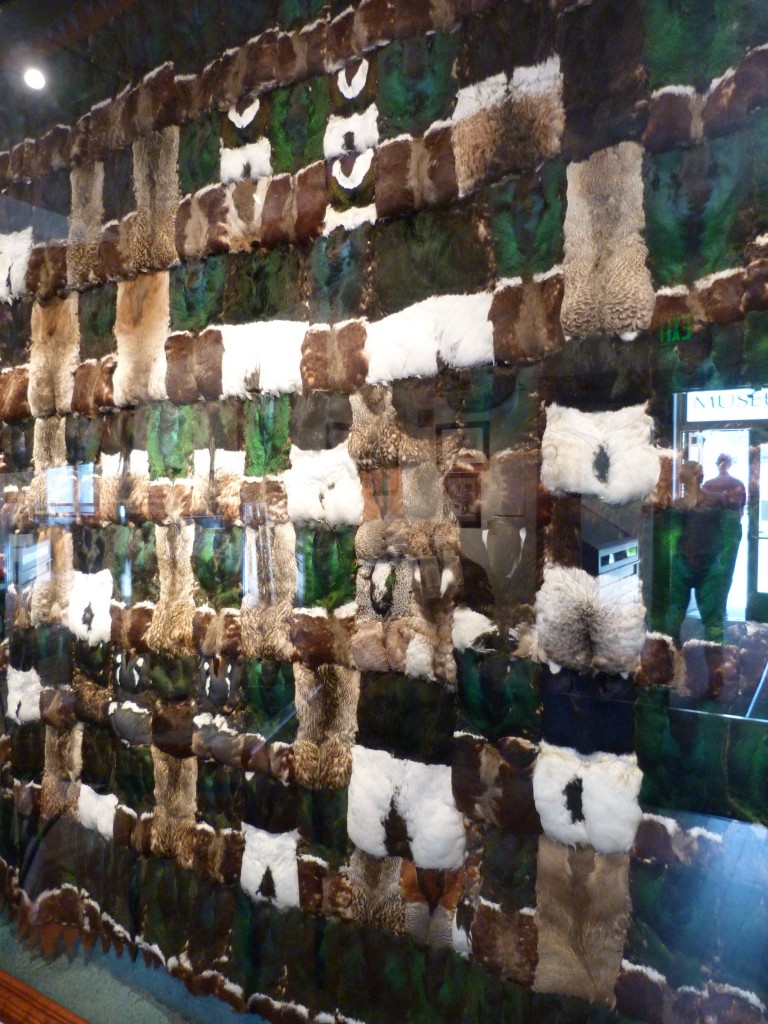 Julie Curry, one of the other teachers on the trip, told me about it and described it to me over lunch. I just couldn’t imagine it, so of course I made a point to going to see it. My size estimate is in the 60-65″ square range. It was gifted to the museum by Jennie Olson Rasmuson, who lived in Skagway for many years and helped establish the Skagway Museum in 1961. Jennie came to Yakutat, Alaska in 1901 as a missionary for the Swedish Covenant Church where she met her husband Edward who was also a missionary and the postmaster. They lived there until 1914 and had two children.

The Rasmuson family learned the skills required for a subsistence lifestyle from their Tlingit neighbours. Elmer remembers his mother’s appreciation for the beautiful iridescent feathered skins of the ducks they hunted for dinner. She wanted to make a keepsake out of the duck neck skins to help recall the family’s times in Yakutat. 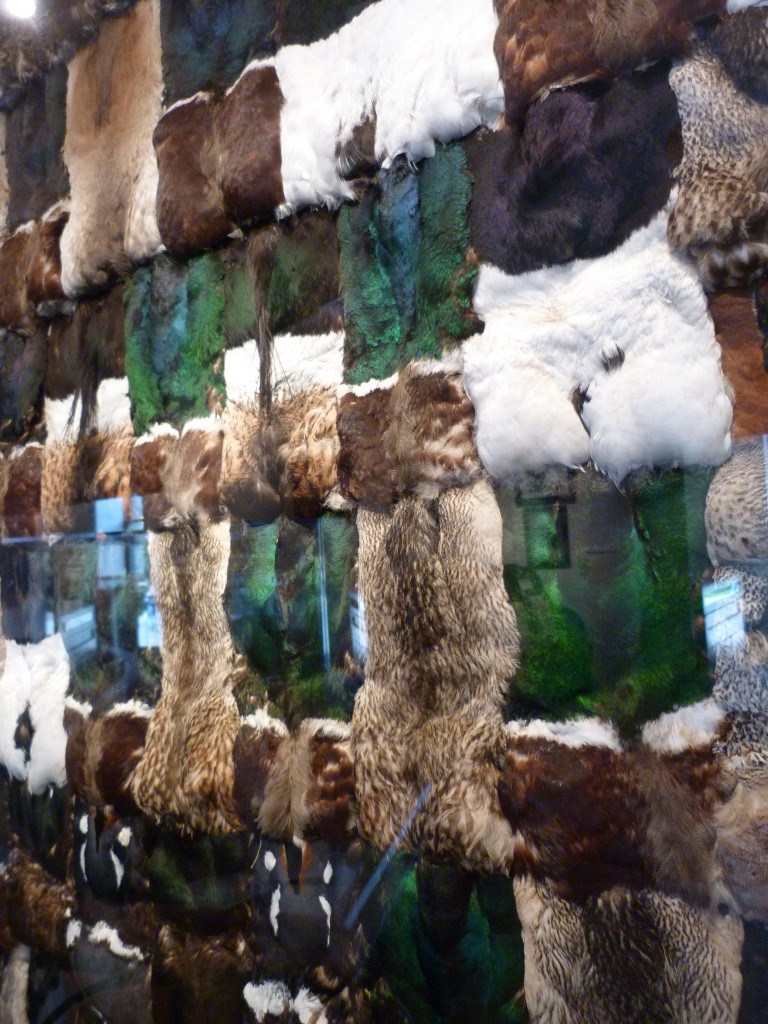 Jennie learnt how to preserve the feathered skins with salt, a technique the Tlingit used in making ceremonial robes and ornaments. She then painstakingly pieced the skins together and lined the quilt with peppercorns to keep the moths away. The saw-tooth trim is made of felted cloth which was sent from supporters of the mission. This piece has remained in remarkably good condition and the feathers have retained their glorious lustrous sheen. I’ve never seen anything quite like it before – check it out if you are in Skagway!