During my teaching trip to Texas last month, one of my kind hosts took me to LBJ’s Ranch also known as the Texas White House. We enjoyed a walk in the grounds and a tour of the house. This quilt was hanging in one of the education rooms. 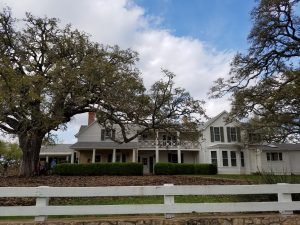 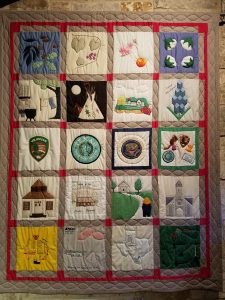 It looks a little tired and dated, but is of interest because the blocks reflect important events at the time that it was made. For “Operation Stitch Quilt Project” as it was called, the blocks were made and donated by staff and volunteers associated with the Lyndon B. Johnson State and National Parks, and the Southwest Parks and Monuments Association. Each donor was asked to produce a block that depicts something of importance to them regarding the Texas Hill Country and/or the President who made this park a reality, the former President Lyndon B. Johnson. The quilt display at the park was presented for public viewing in March 1994. Here are some detailed shots of the blocks. 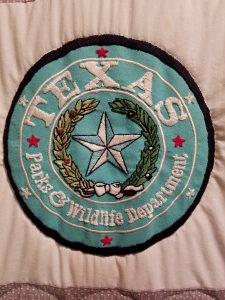 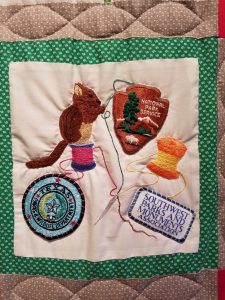 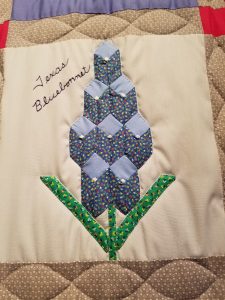 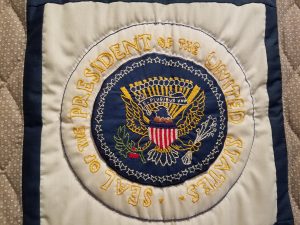 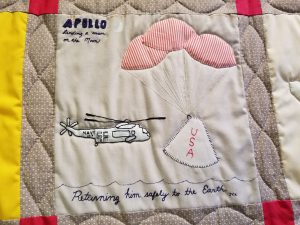 There was a book accompanying the quilt, naming all the makers of the blocks and the hand quilters. I recognized some of the fabrics as old friends from my early days of quilting.