Image designed using a photograph of one of my quilts, Stars at Sunset, manipulated with Kaleidoscope Kreator software.

I’ve just returned from a teaching trip to Alaska and had the good fortune to spend time on Kodiak Island with the Kodiak Bear Paw Quilters. We had three days of workshops and then I stayed an additional three days to explore the area. I went on a trip of a life time, bear watching. We flew in a float plane for an hour to a remote area on the Fraser River near a fish ladder where we could observe Kodiak bears fishing for salmon. We saw five bears. The 900 lb mama with two second summer cubs were the most photogenic. This was an incredible experience! Despite the mist and rain, we had excellent views. The bears crossed the river and came up on the trail very close to us. Our pilot was not concerned and reassured us that these bears are well fed on salmon and salmon berries and were not interested in us! 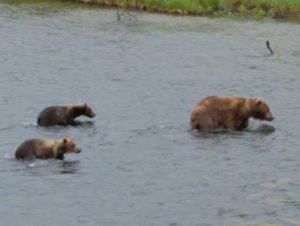 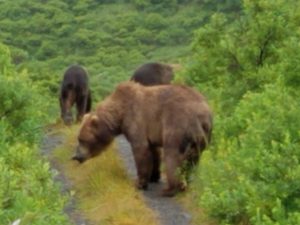 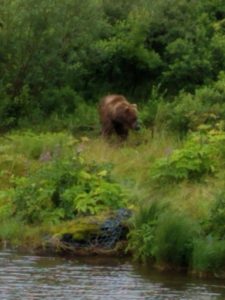 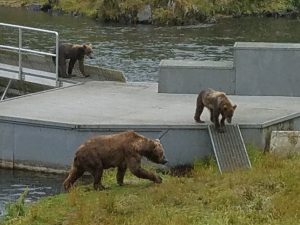 The following day, I had dinner at the Old River Inn and spied this bear quilt on the wall. There was no label on the back and the restaurant staff did not know the maker of the quilt. It’s a pretty good representation, even down to the massive claws! 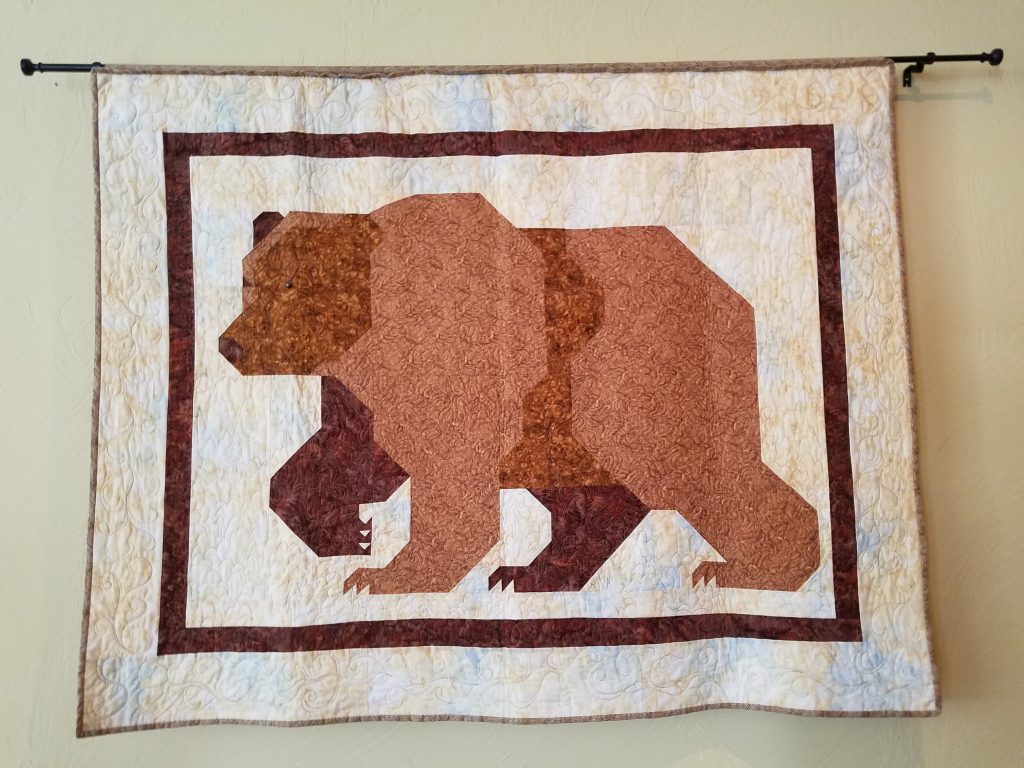 May your 4th July holiday week be festive! Even if you don’t see any fireworks, perhaps you’ll be inspired by your firework fabrics, or a patriotic collection of red, white and blue. These have been in my stash for a while, still awaiting just the perfect project. Fun to pet, even if I’m not quite ready to use them! 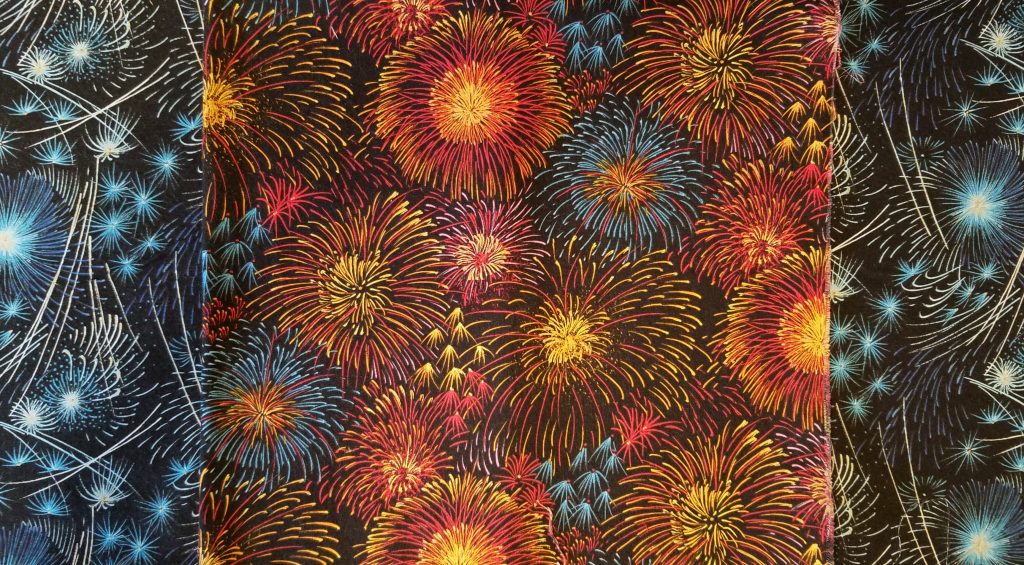 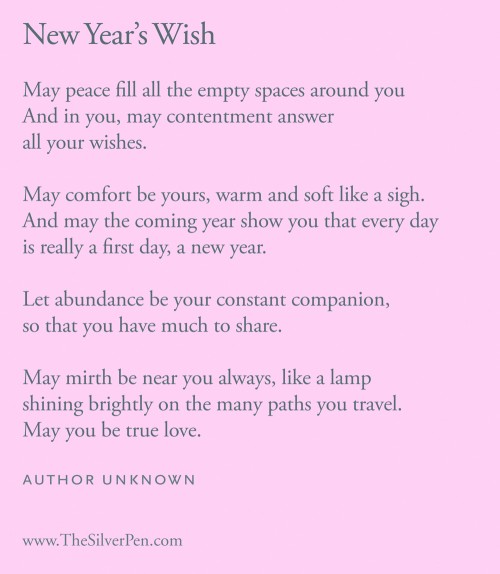 Wishing you all the best for this festive season and the new year to come! 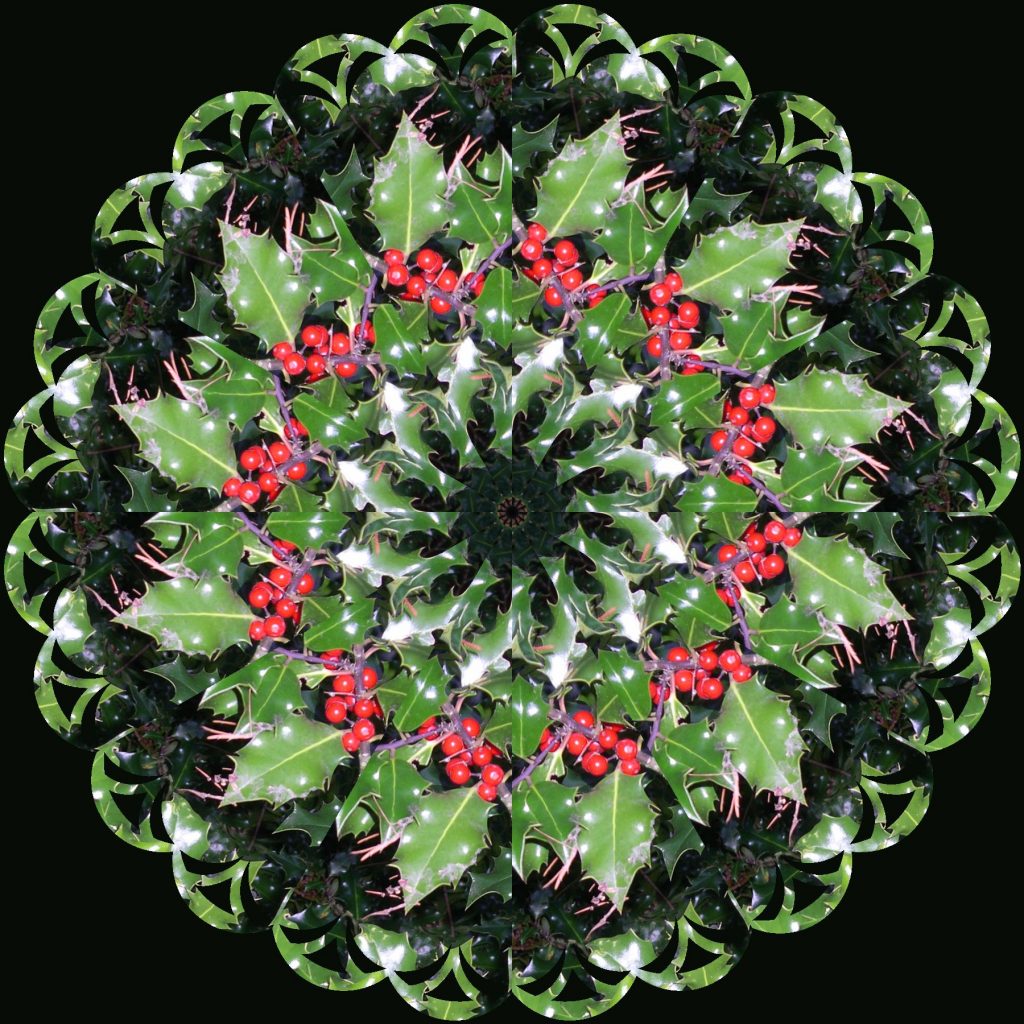 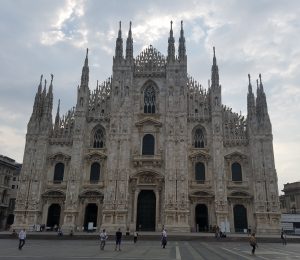 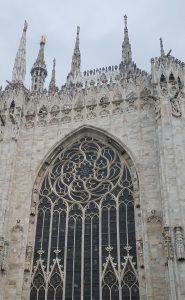 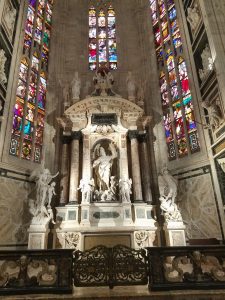 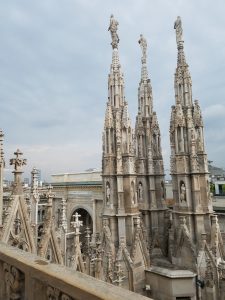 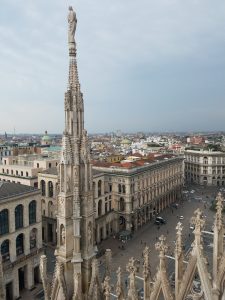 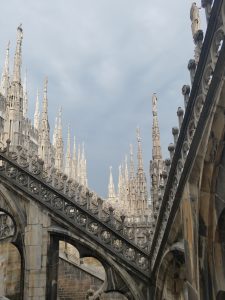 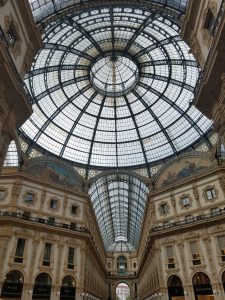 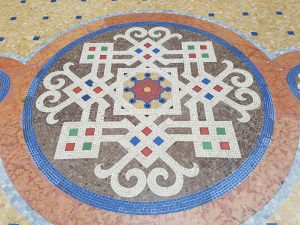 Wishing you a very Merry Christmas and a Happy New Year 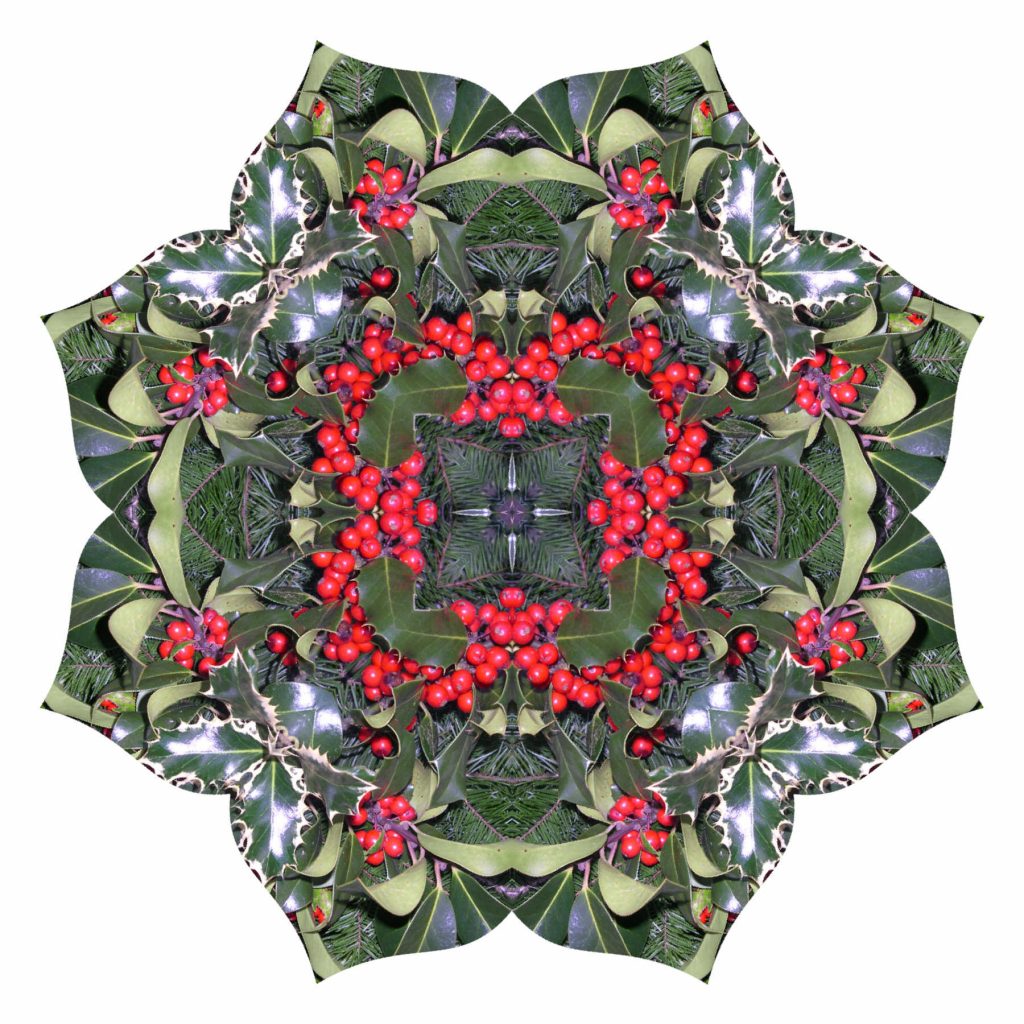 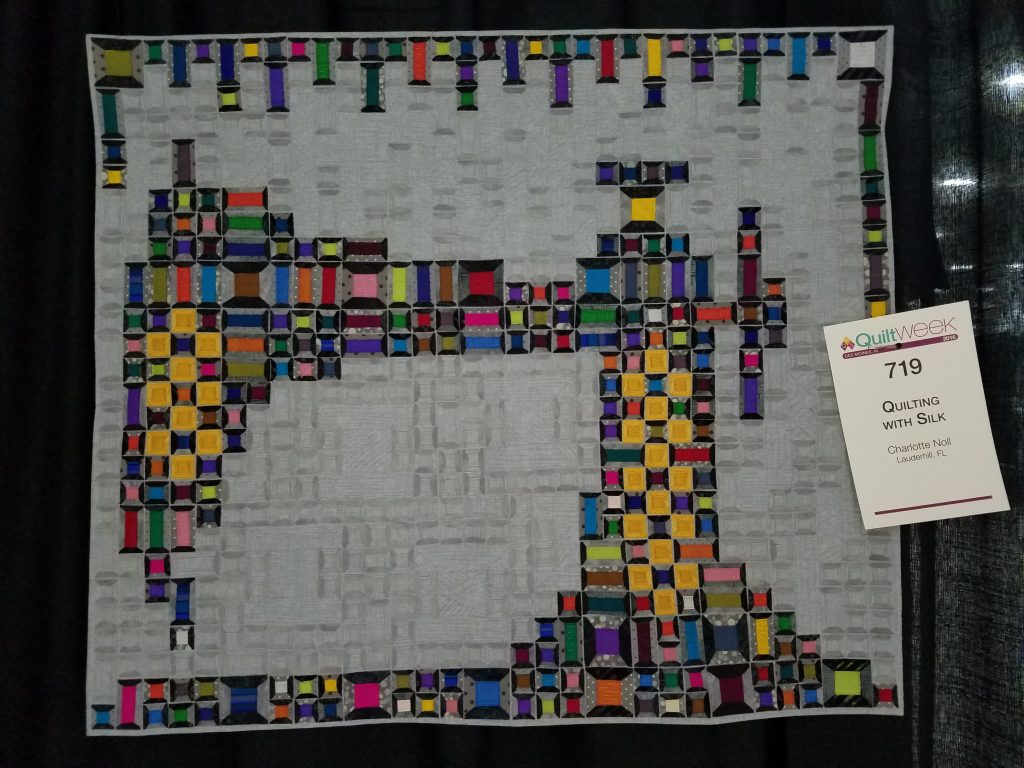 I am so thankful for my amazing quilting adventure: the friends I have made; the places I have been; the joy of sharing my quilting passion when I teach; the opportunity to keep on learning from my students; the inspiration from the work others and the patterns that surround us every day; and the excitement of exploring the endless possibilities of new designs and techniques.

I saw this wonderful sewing machine quilt at the AQS QuiltWeek show in Des Moines. Quilting with Silk, 34″ x 29″, was made by Charlotte Noll, of Lauderhill, FL

Happy 4th of July! Here are some fireworks from my fabric stash! 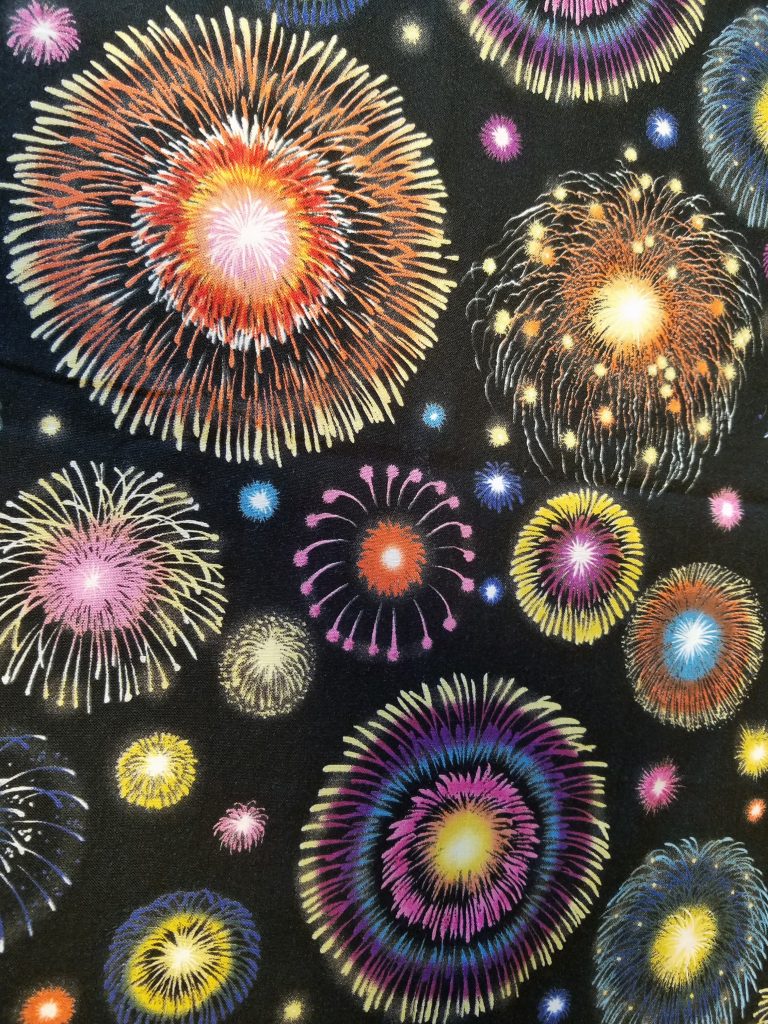